PEST CONTROL AT IT'S MOST EFFECTIVE

WE'RE AN AUTHORIZED INSTALLER OF Xterm Termite Baiting System, The fastest Termite Colony Eliminator BASED ON FIELD TRIALS AROUND THE WORLD! click here for images

Termidor® termiticide/insecticide is a professional termite defense product effective on native subterranean termites, Formosan termites, and drywood termites. It utilizes an advanced nonrepellent, or “undetectable,” liquid technology that termites cannot see, smell, taste, or avoid. Instead, they contact, ingest, and share Termidor, completely unaware that doing so will inevitably kill them.

In numerous trials across the United States and around the world,Termidor has proven consistently effective at eliminating termites in structures and at preventing future infestations and devastating damage.

Ongoing field trials by the United States Department of Agriculture-Forest Service show no signs of termite damage in concrete slab field test plots treated at labeled rates with Termidor® 80 WGtermiticide/insecticide for more than 15 years after treatment-results no other currently available termite control products can match.

Termidor Certified Professionals have successfully protected over 4 million U.S. homes with Termidor since it was introduced in 2000. Applied according to label directions, Termidor starts working immediately and has provided 100% control of infesting termites in three months or less after treatment. 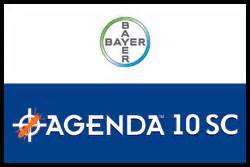 Agenda™ is rated the number one termite defence product in the world. Agenda™ is the most effective and fastest at completely eliminating termite populations.
In many situations, termites do not worry us. But when they threaten structures, the need for termite protection becomes paramount.
Protective measures, such as the subterranean chemical treatment, can be taken to prevent termites from damaging structures. The chemicals used are applied by professionals and form a barrier that prevents termites' access to the structure.
Traditionally these chemicals work in one of two ways: either as a toxic barrier - which prevents termite entry by killing termites as they encounter the chemical in the soil; or as a repellent barrier - which deters termites from entering the treated soil.
Agenda™ acts differently compared to other termite control products.
When applied, little do foraging termites realise it, but when they enter treated soil, they unknowingly pick up ultra-low doses of Agenda's active ingredient.
What they also don't realise, is that this ultra-low dose of Agenda™ is enough to threaten not only their own existence, but also their termite nestmates back at the colony.
Due to Agenda's unique mode of action on termites, it does not only protects structures, but manages the termite colony as well. No other product acts this way.
Agenda™ is used at very low dose rates so it will have minimal impact on the environment. Agenda™ is soft on earthworms, soil microflora, and plants.
The unique Agenda™ solution provides structural protection and colony management.
Termite control is notoriously difficult because damage is often extensive before termites are detected, and because the source (or nest) is normally difficult to locate.
Traditional control methods have relied on creating a chemical barrier to stop termites from entering a structure (figure 1).
More recently termite baits (figure 2) have been introduced, but during the time these baits take to work, damage to the structure can continue to occur.
Agenda™ works in two ways when applied to soil, thus giving a significant performance advantage, and increases the reliability and success of termite treatment.
First, Agenda™ manages the termite colony by contaminating foraging termites with ultra-low doses of active ingredient. As the mortality of these termites is delayed with these ultra-low doses, the termites are able to pass on the active ingredient to other members of the termite colony before they die. This transfer of active ingredient is highly efficient with Agenda™ and results in a significant decline in the activity of the colony.

Second, Agenda™ protects structures by killing termites that wander into treated soil. Termites will die before they can gain access to the structure.

It is the only Soil termiticide to combine structural protection with colony management; resulting in 100% control with no exceptions.

Through continuing interaction of the termites, Agenda is passed back
through the colony to the nest itself

Agenda™ has a unique mode of action. Agenda™ utilizes a new class of chemistry - fipronil, from the phenyl pyrazole group. This new active ingredient provides Agenda with it's unique mode of action and major benefits to termite control professionals and their customers.
As they enter treated soil, termites will pick up active ingredient from the soil; but will not die immediately, due to the insufficient concentration to cause their rapid mortality.
Termites interact with one another through contact. This way, Agenda's active ingredient (fipronil) is passed on from one termite to another; just like a contagious disease. However, this low concentration of fipronil would not kill contaminated termites immediately.
At these ultra-low concentrations, the contaminated termites survive long enough to interact with other termites, and in the process, pass on the active ingredient before they die.

Agenda's Proven Performance
Agenda's performance has been proven in the field around the world, in all types of conditions, and in the most difficult to control situations.

Performance in Asia-pacific
In Asia, Agenda has been tested in the field in Japan, Philippines, Australia, Thailand, India and Indonesia.
Due to the tropical conditions and high intensity of termites often encountered in Asia, these trials represent the toughest test for an termiticide.
Based on the results of these trials, which are still ongoing, a rate of 0.06% (AI) is recommended.
Where the 0.06% rate is applied and label recommendations are followed, we would expect Agenda to provide structural protection for at least 5 years.

Worldwide Performance
In a series of trials conducted by the United States Department of Agriculture - Forest Service, Agenda indicated an unprecedented 100% control a full five years at all sites, located across the USA.

No other termiticide in recent history has demonstrated such complete effectiveness at such a range of sites.
In addition, more than 100 single family dwellings and apartments from New York and Oklahoma to Florida and Hawaii were treated with Agenda, under Experimental Use Permit (EUP) authorisation.

These dwellings varied widely in size, structure, climatic zone, and soil type, and most treatments were exterior.
100% control was verified in every case within 3 months of application.
In Europe, more than 20,000 homes have been treated over the past four years without a single failure or callback. 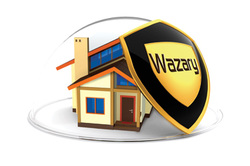 CONVENTIONAL (BARRIER) TREATMENT The application of a liquid pesticide (WAZARY 10 FL), known as a termiticide, to the soil. The scope is to create a continuous chemical barrier around and beneath the structure in order to block all potential routes of termite entry. Termites attempting to penetrate through the treated soil are either killed or repelled. A typical "barrier" treatment may involve many gallons of dilute termiticide solution injected into the ground alongside the foundation, beneath concrete slabs, and within foundation walls. 5 year treatment warranty Free  Estimate Conventional Chemical Application Methods: Hereunder are the methods involved which you might see when we treat your home using the conventional method

Wazary® 10FL is a repellent termiticide, and it's one of the most active ones yet invented. Many years of use in countries throughout the world, have shown that Wazary® 10FL forms one of the most active termiticide barriers on the market. To obtain at least 5 year protection, global field trials have indicated that dilutions of 1 : 40 (0.25% as a.i.) are recommended. Lower dilutions of 1 : 80 (0.125% as a.i.) have been shown to work for up to 3 years.

Wazary® 10FL is a water-based flowable (suspension) concentrate, which greatly reduces the hazards associated with the more common oil-based formulations. The formulation has the added advantage of being virtually odourless even in its concentrated form, ensuring no customer complaints of malodour following application.

The main active isomer content of Wazary® 10FL has been determined to have a Koc value of 630,597 and is classified as "very strongly" adsorbed from water into organic material in the soil. This indicates that the active binds to soil better than other commercially available termiticide treatments, in effect making the soil an anti-termite barrier, and greatly extending the residual life of the product.
Using USA Environmental Protection Agency assessments on soil leaching, 90% of applied Wazary® 10FL was found to tightly bind in the top 3cm of soil. Less than 2% ever enters the leaching water, and most of this reabsorbs again. The soil adsorption was found to be irreversible.

Wazary® 10FL is approved by Singapore's National Environmental Agency (NEA) for use in water catchment areas.

Wazary® 10FL applications at dilutions as high as 1 : 2000 (Note: normal dilution is between 1 : 40 and 1 : 80) have been shown to provide at least 75% protection from termite penetration, explaining the product's excellent long term residual action.

Professor B. T. Forschler, looked at soil termiticide efficacy and discovered results with seven different formulated termiticides which indicated that the moniker repellent or non-repellent are a function of concentration, not the purview of any particular class of chemistries.*